Jen Galvin-Rowley was delighted to partner with T2 in the recent Search for Global Head of Technology.

In an email sent to Adairs staff on Friday, Penman said he would be leaving the company on April 13 and will begin his position at T2 in mid-May.

He told CIO Australia that the list of projects at T2 is quite large and includes the roll-out of the Afterpay point-of-sale system, a warehouse solution review and possible replacement of the retailer’s human resource management system.

“They have lots of projects that they’d like completed and it’s a very exciting time ahead from the looks of things,” he said. “I’ll be very busy indeed.”

Under the project, Penman and his team consolidated the platforms that the business was running which served its 150 stores.

He also led the rollout of data analytics innovations, starting with an intelligent traffic counter rollout and the Microsoft SQL 2016 platform. This enabled Penman and his team to deploy a full business intelligence dashboard suite for its mobile users and stores.

The intelligent traffic counters, which detect the WiFi signal in retail customers’ smartphone – have been rolled out in 30 stores so far and will deployed in 70 more stores soon, Penman said late last year. They provide information about traffic flows and the time customers spend in each store after promotional activities have been rolled out by the marketing department. 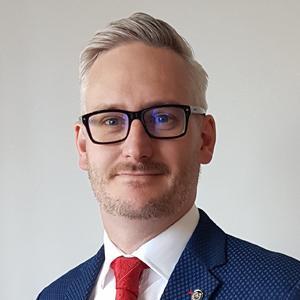